At the McNerny Law Group we prefer the personal approach in our counseling and making sure our clients are educated in their legal options. We provide legal assistance in a range of practice areas to businesses and individuals. We respond to all inquiries in a timely manner and work proficiently on each matter for an affordable fee. We put great emphasis on professional ethics and building long term relationships with clients based on mutual trust and respect. 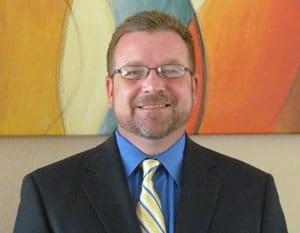 Michael concentrates his practice in all forms of real estate transactions, land use/zoning, gaming, liquor, medical marijuana and other areas of state and local government law. He also has significant experience in corporate governance, construction, compliance, and regulatory & governmental affairs.  Michael has experience in representing a wide variety of business and individual clients.

Before and during law school, Michael worked for several years as a senior paralegal for The Cosmopolitan of Las Vegas, Harrah’s Entertainment (now Caesars Entertainment), and Nevada Title Company. As a senior paralegal in the gaming industry, he provided direct support and guidance through the development, opening phases, and initial operations for a $3.9 billion, 2,900-room, 6.5 million-square-foot, fully integrated resort casino. He also directly supported the Associate General Counsel for Real Estate and Development and assisted in multiple complex corporate debt refinance transactions valued in excess of $750,000,000, among other responsibilities. At Nevada Title Company, Mr. McNerny supervised the day-to-day administrative operations of the in-house corporate legal department and provided support for multiple practice areas, including title and escrow services, land title insurance operations, construction financial control services, and 1031 exchanges.

Michael is a veteran of the U.S. Marine Corps, where he served as a legal assistant and received the National Defense Medal, Good Conduct Medal, and Navy and Marine Corps Commendation Medal. 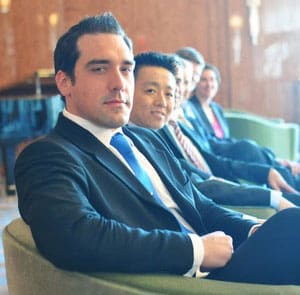 Mr. Connell received his Juris Doctor from the William S. Boyd School of Law and his M.B.A. (Beta Gamma Sigma) from the Lee School of Business at the University of Nevada, Las Vegas. During law school, Mr. Connell was selected as a member of Law Review, as well as the Duberstein National Moot Court Competition team, and was given the CALI award for the highest grade in Trial Advocacy with Judge James A. Mahan. Mr. Connell is one of the founding members and former C.F.O. of the Rebel Venture Fund, which is a not-for-profit organization committed to acquiring and providing capital for start-up companies within the Las Vegas Valley. Mr. Connell has litigated and argued cases before the United States Federal Court for the District of Nevada, the United States Bankruptcy Court for the District of Nevada, and has also argued before the Nevada Supreme Court. In 2014 – 2017, Mr. Connell was named to the Top 40 Under 40 Attorneys in Nevada by Nevada Business Magazine and was granted the Super Lawyer distinction each year from 2015-2018, and maintains a perfect 10.0 rating on Avvo.com. Mr. Connell is also a licensed Real Estate Broker-Salesperson in Nevada under the Real Estate Solutions and Marketing Strategies brokerage.

Mr. Connell is admitted to practice in the State of Nevada, the U.S. District of Nevada, and the United States Court of Appeals for the Ninth Circuit.